This trip will take you up the second most astounding top in the Atlas Mountains and around the valleys adjacent; it is an amazing trek in each sense, offering staggering perspectives and stupendous crevasses with various stream intersections.

Transport from Marrakech towards the east, going by numerous towns and towns while in transit to the western high Atlas Mountains. Excursion in transit and carry on our drive to get to Ait Bougumez (Happy Valley), until Agouté where we stop for the primary night in Berber gîte or tent.

We begin our trek following the guide and the group who will go along with us amid this trek, we take after the piste that leads us to Assif N'Arouss valley, going by the Ait Said village from where we see the M'goun Peak. We proceed to Azib Arouss to visit the Arouss Gorge and for the overnight camp.

After breakfast, we set off after the valley to Tizi N'aghouirit, where we stop for lunch. We at that point proceed with our stroll to the Tarkeddid Plateau from where we can see the Tassaout Gorges. We do camping here overnight.

Following an early breakfast we climb a standout amongst the most popular mountains in North Africa, M'Goun (4,068m), from where we can see sees over the Ait Bougmez Valley. We at that point slip to Oulilmt for overnight remain.

Following a hard day on Day 4, Day 5 is more casual with a later begin and a simple trek through the Oulilmt Valley (sandals are required for stream strolling). The trek completes at Teghremt N'Ait Ahmed where we remain overnight.

We set off from Teghremt N'Ait Ahmed, going by Tizi N'Ait Imi (2,900m), from where we will see the Happy Valley and M'goun. We eat in Ait Imi (1,900) and slide to Tabant, where we have an overnight remain in a Berber Gite.

Return to Marrakech after breakfast

This trek is available from May to Ocrober
If you are travelling alone please contact us as there is often the opportunity to join a group.

Do you have questions? Please check out our FAQ page! Or contact us

Take a look at our other tours 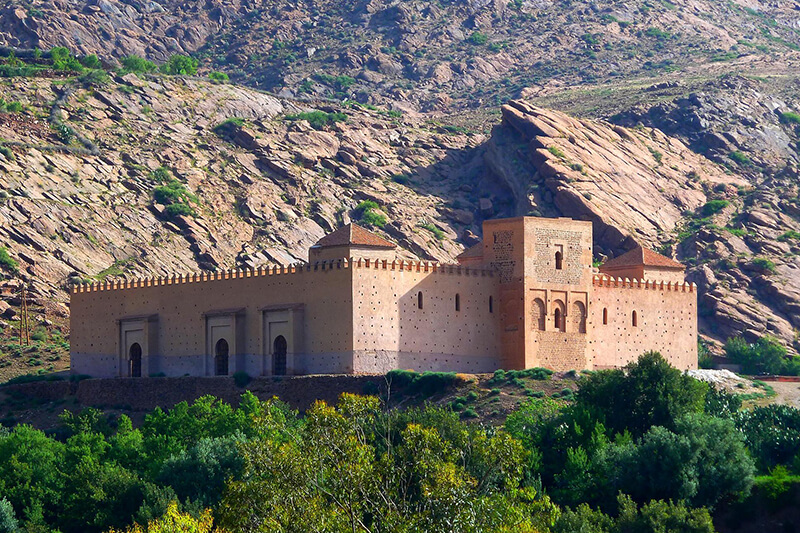 This special day tour is designed to welcome you into the lives and the culture of the Berber people of the High Atlas.